Being a Realtor®️, I am driving all around this beautiful city everyday. During any given week, I will be on the West side, North side, South Side, East side, and everything in between. This week I on the West side a lot, up and down 151, 90, 36th street, and so on. We have all been down General McMullen or at least seen the sign. I’m not sure what made me think about it this particular time, but I set a little reminder on my phone to look up just who this man was. I mean he has to be somebody important to have a major street named after him in the 7th largest city in America.

Well let’s start at the beginning. He was born in Largo, Florida, 1982. He went on to graduate onto go to school in Virginia called Washington and Lee University, which is a private liberal arts university. He ended up going back to Florida where he was a civil engineer for about 5 years, where also became a flight cadet. In 1918 he went came to San Antonio to attend a school for instructors at Kelly Field. He wasn’t here long, a month later he transferred to Gerstner Field in :Louisiana. Later that same year he became the Officer in Charge of Flying at the Gunnery schoolin California. A year later he was in Eagle Pass on border patrol duty.And just another year later,he became a Flight Commander with the 1st Surveilence Group in Sanderson, TX. He’s been on the fast track since he entered college, basically getting promoted 1-2 times a year all over the country and even the Philippines. In 1928, he’s in Ohio to patterning theAir Corps Emgineering School. Again, 1 year later he graduates,and sticks around for the next few years as Chief of the Repair Branch of the experimental Engineering Section (That’s some title, huh?). In 1938 he becomes Chief of Engineering. In 1941, he was back in SA. With WW2 in full swing, he recognized a huge threat as Kelly, Duncan, Brooks, and Stinson air bases were all within a few miles from each other. Again, after bouncing around numerous Air Force bases across the USA, he became the Commanding General of San Antonio Air Material Rea at Kelly. He streamlined the whole process, cutting off materials being sent elsewhere and making the Far East a priority, bolstering the US stronghold in WW2. He was responsible for bases within the US west of the Mississippi; Pacific Air Bases; and the Korean War effort. He met EVERY DEMAND that was placed upon him.

After 35 years of active duty in 1952, he is back in SA, ready to retire. But he has one more goal! Kelly Air Force Base was in the “middle of nowhere” with a 2 lane road, in and out of the base. And there’s thousands of Airmen changing shifts at once, causing congestion and parking issues everyday. He proposed a 4 lane highway from Kelly AFB to the north side of SA, and bus routes to help out with parking. He worked Allin hand in hand with city officials to obtain federal grants. In 1954, construction began and in honor of this great man, the city council unanimously voted to name the expansion after him. Well deserved.

He finally retired in 1954 at the age of 62, after 37 great years of active duty military service. At the time, his retirement was one of the largest military celebrations. In attendance were thousands of Kelly AFB civilian employees and military personnel, 62 active duty and retired USAF generals, and close to 250 city, county, and federal guests.

I’m just going to list a few of his awards:

Army of Occupation Medal for Japan

I am totally blown away by the accomplishments and the impact this man had on our great duty. The next time you’re driving by, or on, General McMullen drive, please give that man a salute. I know I will. I hope you enjoyed this tiny piece of San Antonio’s great city. Let me know what street or road you’d like to know about next! 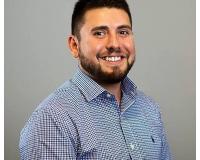 Harold John Baeza moved to San Antonio from a small West Texas town when he was 5 years old . Since then, he has developed a love for the city and his beloved San Antonio Spurs. Living in different ar....

5 Home Projects to OutsourceWe live in a DIY world. If there is a video online for how to do something, there’s a good chance you can figure out how to do it. While saving money by doing certain

5 Things That Happen When You Buy A Home

Having recently become a homeowner for the very first time, I'll tell you firsthand that it is more than just having a set of keys and your name on a deed. It's such a great feeling knowing that you

Self-Employed? 3 Ways to Get Ahead of Next Year's Taxes Tax time is, for many, one of the most stressful times of the year. But if you

5 Projects That Will Add Value To Your Home

As the spring and summer seasons approach, many people are wondering how to prep their home before putting it on the market. Everyone is wondering, "What can I do to add value to my home?"There are


Should you require assistance in navigating our website or searching for real estate, please contact our offices at 210-277-0100.